Disclaimer: Read the entire thing before deciding I’m a negative person. This article is not about trying to see the bright side in general, but what has now become the idea of positivity and shying away from the things we feel.

“Focus on the positivity”

“Don’t let negativity get to you”

Call me a cynic, or a sceptic, or just a plain old killjoy- I don’t buy this positivity rubbish. The reason I’ve italicised and emboldened that word is to denote the way it’s being thrown around these days.

I recently watched two videos- one with a YouTuber talking about what a positive person they are, how they want to focus on only the positive comments and surround themselves with positivity, and the other video was about a gang of three girls living together, one of whom subscribes to the quick-fix-deep-breath “be positive” meditation technique (which is clearly failing her, tbf).

I am the sort of person who isn’t ashamed to admit that I am not always a happy-go-lucky rainbows-and-unicorns kind of person. I do have bad days, I do have a temper that I’m not very proud of, my thoughts aren’t always pleasant and I don’t always need to put on a front about how everything is swell, or that there’s a silver lining behind everything, or that my “chakra meditation” keeps me smiling 24/7.

Internet celebrities, and small time companies looking to make easy money, oversell the idea of positivity.  People who aren’t qualified to talk about true positivity or true salvation or anything real enough, dish out advice to everyone. 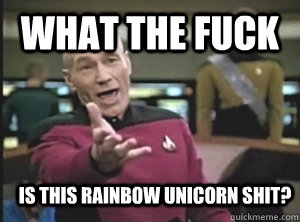 There are, now, on the market, positivity candles, positivity cookies, yada yada yada. One YouTuber admitting to buying those candles while being unsure of whether they really work. In short, positivity has been so overused that now, rather than denoting what it should, I associate it with marketing strategies, wannabe hippies, and people who’re just  fooling themselves (or using this stuff to fool others).

“Stay positive” has lost all its meaning to me. It’s come to mean that if you let anything get to you and you don’t possess some sort of robotic filter that doesn’t let you feel or react to anything that’s not a 10 on the positivity scale (which the internet is now defining, I think), you are not a positive person.

It feels like you’re discouraging people from feeling the things they want to. There’s a difference between staying strong and staying falsely positive. There’s a difference between building a wall between us and our real emotions, and only allowing the happy, smiling emotions through. A lot of people who tend to glorify always staying positive no matter what, come off as holier-than-thou a lot of times. It gets really annoying.

In general, there’s a problem people have where they’re scared of feeling a certain way or they’re just not ready to deal with it. I’ve been in that position too, and I can say that it is a real issue we cannot eradicate. However, allowing onesself to experience things such as sorrow, grief or self doubt has been abased so much that people feel the need to hide behind a mask of positivity-because saying something over and over again makes it true, doesn’t it?

In no way am I talking about people who are depressed or have anxiety, or any other form or physical or mental illness specifically. I’m talking about the so-called “regular” people who make such a brouhaha of being positive every single second of your life. It’s okay to feel disappointed! If you really were a living embodiment of what you told others to be, you’d end up like Parker-the overly enthusiastic (and somewhat annoying) guy from F.R.I.E.N.D.S, who was Phoebe’s date to the Gellers’ 30th anniversary.

Let’s be real, it’s not humanly possible, so why are you asking people to do something you know you probably can’t either? And if you think you are actually staying super duper positive all day errday then you’re lying to yourself whether you know it or not. Maybe it’ll help you to an extent, but how long will it be before you realise you’ve set an impossible goal for yourself, and beat yourself up just because you weren’t being your ideal of a positive person?

There’s something called an EQ- an emotional quotient, which assesses how good you are at dealing with your emotions, recognising others’ emotions, and dealing with situations that are emotionally charged. It is recognised as an intelligence. Pushing aside any feeling that isn’t happy would leave you with a low EQ. You must be self aware, you must be practical and realistic.

There’s a reason it’s important to see things through. Running away from your problems- or even chastising someone who’s being brave enough to go through the gamut of emotions in the ups and downs of their lives with grit and sincerity- is cowardice. It’s living like a zombie. Restricted living. Not real living.

It’s fine to realise that the world is replete with people and circumstances that you’re not going to like, and that everyone has their own opinion of you. There is greater merit in recognising it and getting over it than ignoring it to remain in your positivity bubble.

It is unwise to constantly stay pessimistic by regular standards, yes. But it is even worse to prevent yourself from feeling everything that you should feel. It is even worse to shut out the emotions that you need to recognise and realise before you move on with your life-or even try to. It is necessary that you live wholesomely. Life isn’t Unicorn Island all the time (so many Youtuber references, I wonder who this is about.)

It’s an experience unto itself. Denying yourself the opportunity to see the good, bad, and the ugly is stopping yourself from living. If life really is a box of chocolates- you can’t just pick out milk and white chocolates and leave out the bitter dark chocolate. It’ll be way out of balance and leave you feeling sick. (Sidenote: dark chocolate is really good for health just saying).

Of course, there are people in your life who can make it harder for you and a lot of times, it’s good to get that “negativity” out of your life. That’ll only happen once you recognise it, try to fix it, and someday take a decision that you are completely okay with. You can’t rush these things.

Being emotionally strong is just as important as being smart, or powerful, or talented. Life tests you in so many ways, that this is an intelligence you cannot afford to forgo. A TED talk by Susan David on the gift and power of emotional courage should sum up my thoughts perfectly, while also dealing with things like

Am I the only one with this point of view? I have a feeling many people are fed up with this overly-pretentious fad. Let me know what you think!

4 thoughts on “B positive”